A beautiful partnership story... with Lhoist

Institut Carnot Clim’adapt is working with the Lhoist company to assess the environmental impact of using lime slurry to prevent bleeding of road pavements during heat waves. Departmental councils are the main beneficiaries of this new technique, and they want to ensure it has no environmental impact. 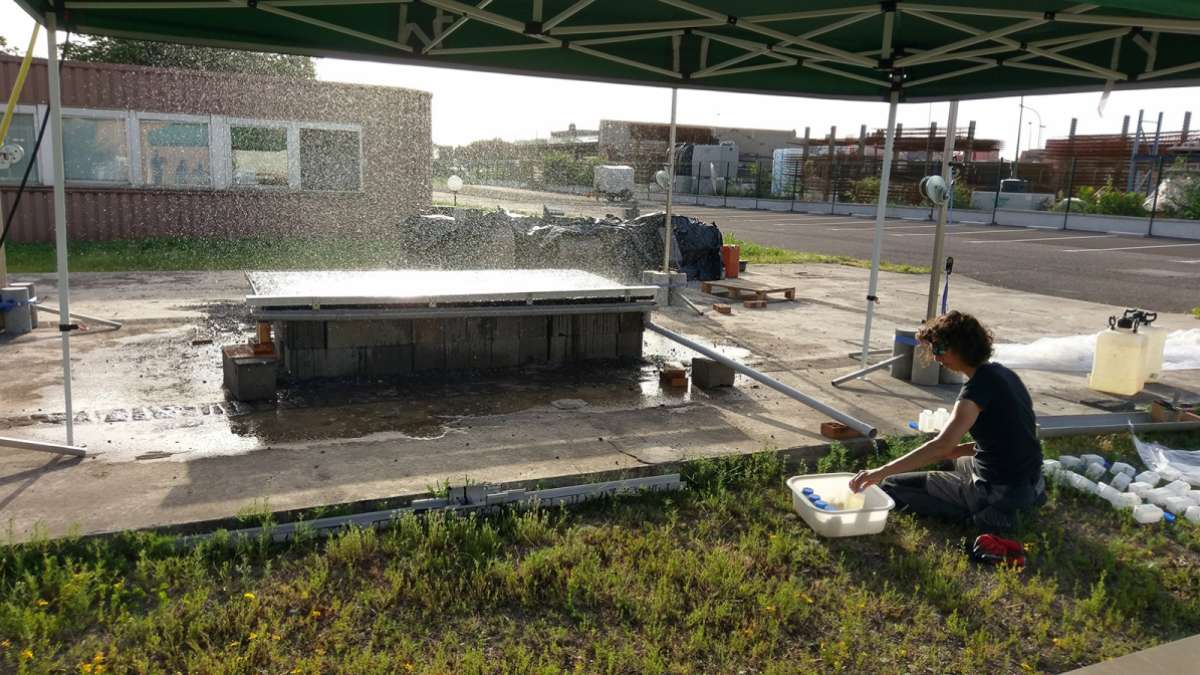 Lhoist is the leading European company for manufacture and commercialisation of lime. It has developed a technique to deal with bleeding of road pavements. This new corrective technique is deployed by spreading a lime slurry product called Asphacal® BL onto asphalt that has softened, on the surface of road pavements during periods of hot weather. It is outstandingly effective and prevents rapid destruction of the surface layer, while allowing traffic to circulate as normal at the same time. Most of the secondary roads managed by departmental councils are covered by surface coatings which are highly vulnerable to this type of phenomenon. These councils therefore wished to obtain information and an assessment of the impact of this technique on the environment in immediate proximity to their roads and on nearby aquatic environments.

Cerema’s Clermont-Ferrand laboratory department has skills in hydraulics, infrastructure, the environment and environmental chemistry. It is also equipped with a rain generator, a machine that is able to reproduce rainfall of controlled intensities and durations over a few square metres. Cerema was therefore able to offer Lhoist an experiment in three phases to assess the impact of lime leached by rainfall following spreading of lime slurry, quantifying and assessing the impact of the flow of lime that could reach a watercourse located near to a treated road surface. After a theoretical study, experiments were conducted using the rain generator to measure the quantity of lime carried into the aquatic environment following different types of rainfall events. Physico-chemical laboratory analyses of the water thereby collected, combined with hydro-biological tests performed on the aquatic environments of a full scale experimental site corresponding to a portion of road surface managed by the Puy-de-Dôme departmental council should also make it possible to draw conclusions concerning the long-term environmental impact.

This partnership in fact tells a story about two innovations, in which an experimental innovation enables a technical innovation to be deployed in the field. Thanks to the experimental protocol Cerema devised and implemented, it was able to provide some initial answers to the question raised by Lhoist concerning the environmental impact of its new technique for preventing road pavement bleeding. The first provisional report indicated the areas where the product could be used without any risk to aquatic environments, and the adaptation of the quantity of product to spread in areas judged to be more vulnerable. This first result enabled several other departmental councils to experiment with this treatment on their roads, starting in the summer of 2020.

Institut Carnot Clim’adapt is developing partnership-based research, i.e. management of research work conducted by public sector laboratories in partnership with socio-economic players, businesses of all sizes and local authorities, in order to meet their needs.
By making use of Cerema’s exceptional resources and regional coverage relating to research, engineering, expertise and equipment, Clim’adapt supports its partners to enable them to transition to a resource-efficient, carbon-free, environment-friendly economy, linked to new life styles engendered by digital transition and adaptation to climate change.
Discover Institut Carnot Clim'adapt

Find other great stories of partnerships