Cerema is the major French public agency for developing and capitalising on public expertise in the fields of planning, regional cohesion, and ecological and energy transition.

On behalf of international donor organisations (French Development Agency, etc.) to meet the needs of developing and emerging countries

Cerema is also willing to support French businesses in growing their business abroad.
Cerema is particularly active in North and West Africa and South America.

Purpose of the Initiative

Cerema coordinates France’s WACA-F project« Historical data for the future of the West African coast »in partnership with the WACA programme, launched by the World Bank.

The French WACA-F project sets out to improve our knowledge of coastal floods, erosion, and shoreline recession. It provides three countries in the region (Senegal, Benin, and Togo) with access to old bathymetric surveys and mapping data, resources that are both incredibly useful and unique in the region. The project is based on making use of topographical and hydrographic archives (sea charts, plans, bathymetyric reports, aerial photos) held by Shom and IGN. It provides access to these historical coastal data (in a digital, georeferenced format) so that the scientific community and various national authorities can better understand the coastal dynamic, and plan for the future. WACA-F helps local authorities and communities to interpret the data contained in the resulting database, thereby facilitating the smooth execution of the project and the World Bank’s WACA programme.

Around one third of people in West Africa live on the coast, where demographic growth stands at 4% per year. Coastal areas produce 56% of the region’s GDP. The legal fishing industry in West African waters catches more than 1.6m tonnes, representing a value of $2.5bn on the wholesale market. In addition to the fishing industry, the coast is also home to major cities and ports, as well as agri-food industries and oil rigs.

But the future and productivity of West Africa’s coastal ecosystems is under threat from the development of non-sustainable infrastructure, unsuitable resource management, and natural environments that are still exposed to a variety of sources of pollution. The consequences of climate change, such as rising sea levels and temperatures, landslides, storm tides, and more frequent coastal flooding, all make the region more vulnerable. In some places, coastal erosion takes place at a rate of more than 10m every year. Less then 10% of urban areas have waste water disposal services, and 20% to 30% of mangroves have been damaged or destroyed in the past 25 years.

Faced with these economic, environmental, and social challenges, in 2007 the West African Monetary Union (UEMOA) launched the West African Regional Coastal Erosion Prevention Plan In 2015, in an effort to counter the worsening situation caused by shoreline recession in West Africa, UEMOA entered a partnership with the World Bank, the Nordic Development Fund and the International Union for Conservation of Nature (IUCN). This partnership led to the creation of the WACA programme, to which France contributes through the WACA-F project.

Cerema provides project management assistance to the Ministry for the Ecological Transition (MTES) by coordinating the partners working on the WACA-F project (Shom, IGN, BRGM, World Bank, if necessary). It works with the Centre de suivi écologique (CSE) in Dakar (Senegal) as well as with local institutional stakeholders, including ministries of the environment and maritime affairs in WACA-F countries. When required, Cerema also carries out appraisals of studies on behalf of the World Bank, the project’s technical committees, and local partners. More specifically:

Through the coastal observation made possible by the WACA-F project, Cerema will ultimately be able to help set up early warning systems, guide coastal planning and development, and support policies to develop resilient coastal towns, cities, and regions.

Client: Ministry for the Ecological (MTES) 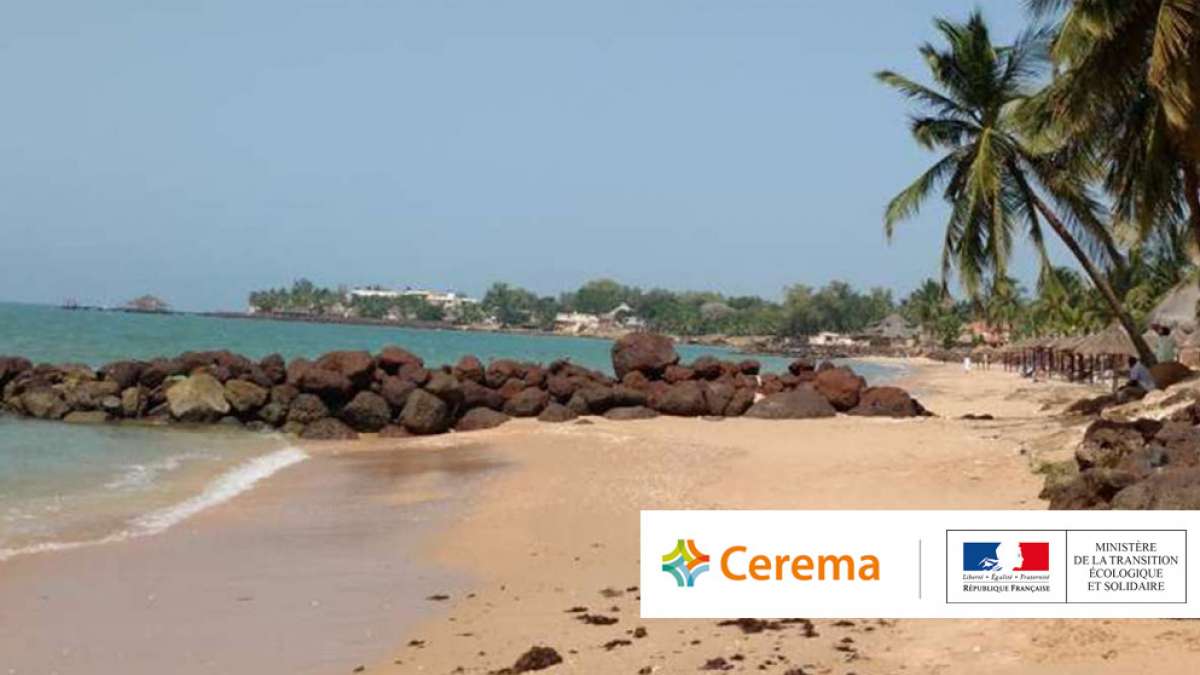 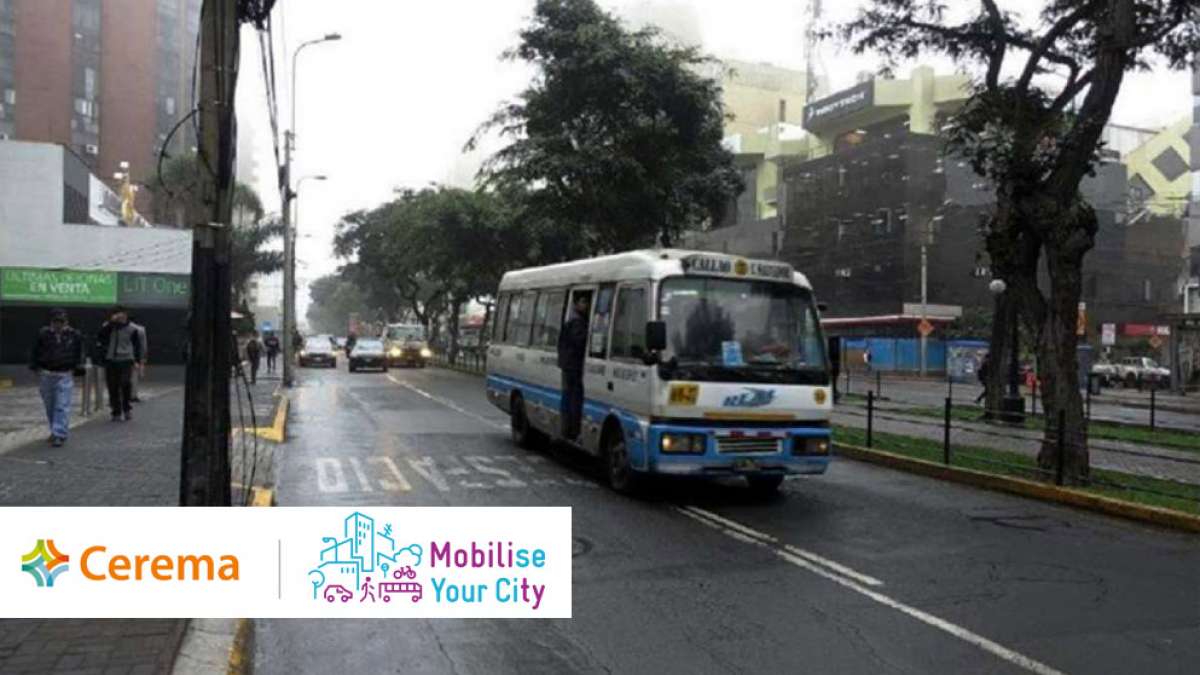 Purpose of the Initiative

MobiliseYourCity (MYC) is an international partnership launched by the French and German governments, and backed by the European Commission. It promotes the integrated planning of urban mobility in developing and emerging countries, in an effort to reduce greenhouse gas emissions generated by city transport. Cerema is a founding member of MYC, launched at COP21 in 2015, along with the French Environmental and Energy Agency (Ademe), the French Development Agency (AFD), Cooperation for the Development and Improvement of Urban and Suburban Transport (Codatu), and the German government development agency, GIZ (Deutsche Gesellschaft für Internationale Zusammenarbeit).

In 2020, 100 towns and cities and 20 national governments were committed to implementing Sustainable Urban Mobility Plans (SUMP) and National Urban Mobility Policies and Investment Programmes (NUMP). MobiliseYourCity supports them in an effort to reduce their urban transport emissions by 50% by 2050 (ref. Business as usual scenarios). MobiliseYourCity provides a methodological framework and technical support, skills development activities, and help with fundraising.

MobiliseYourCity is co-funded by Directorate-General for International Partnerships (DG INTPA), the French Ministry for the Ecological Transition (MTES), the French Facility for Global Environment (FFEM), and the German Ministry of the Environment (BMU - Bundesministerium für Umwelt, Naturschutz und nukleare Sicherheit).

Future investments present an excellent opportunity for a successful transition to sustainable urban mobility. MobiliseYourCity is also aiming to:

Cerema provided assistance with structuring the governance of the MobiliseYourCity initiative: development of its methodological framework, technical support in SUMP and NUMP for pilot cities and countries, and creation of the MYC international practices community.

In practice, in 2017 Cerema began to work to roll the initiative out in two regions: North Africa and Latin America.

In Morocco, Cerema provides technical support on both a national and local level. Cerema is working with the Ministry of the Interior to update its NUMP and analyse current urban mobility in Morocco. The MobiliseYourCity programme is also helping the Moroccan cities of Rabat, Casablanca, Oujda, Kenitra and Khouribga to create, revise, or implement their NUMP. Cerema is involved mainly in Rabat and Oujda, while simultaneously providing general supervision for the five pilot NUMP, and making sure they are coherent with the initiative’s national plans.

In Tunisia, Cerema is assisting the national roll-out of MobiliseYourCity. It is involved in the « Inventory - Diagnostic » of mobility, and is supporting the Tunisian Ministry of Transport in developing terms of reference for the creation of a national urban mobility watchdog, and in compiling a national guide to NUMP in Tunisia.

Since 2017 in Latin America, Cerema has been involved with four exploratory projects to develop a community of practice for urban mobility that spans the Latin American region. MobiliseYourCity is being rolled out in Latin America through the Euroclima+ programme, launched in 2018. The programme supports three countries and seven cities in Latin America in the development and implementation of their SUMP and NUMP. Euroclima+ is funded by the European Union and managed by the French Development Agency (AFD) and the German government development agency, GIZ.

In March 2016, the French Development Agency (AFD) asked Cerema to take part in the « Cities & Climate Change » technical seminars, organised in partnership with the Development Bank of Latin America (CAF). Cerema presented on the context and French initiatives in this field, as well as the services and tools developed to tackle these challenges.

In 2019, Cerema undertook a study on behalf of the French Development Agency (AFD) as part of the « Yaoundé Cœur de Ville » project, whose aim was to improve traffic and mobility within the city. The study focused on road safety within the redevelopment of three major crossroads.

On behalf of the French Development Agency (AFD), Cerema delivered an engineering project in Madagascar, ensuring that road safety was incorporated into the ring road development in Antananarivo, which would bypass the east and north-east of the city. 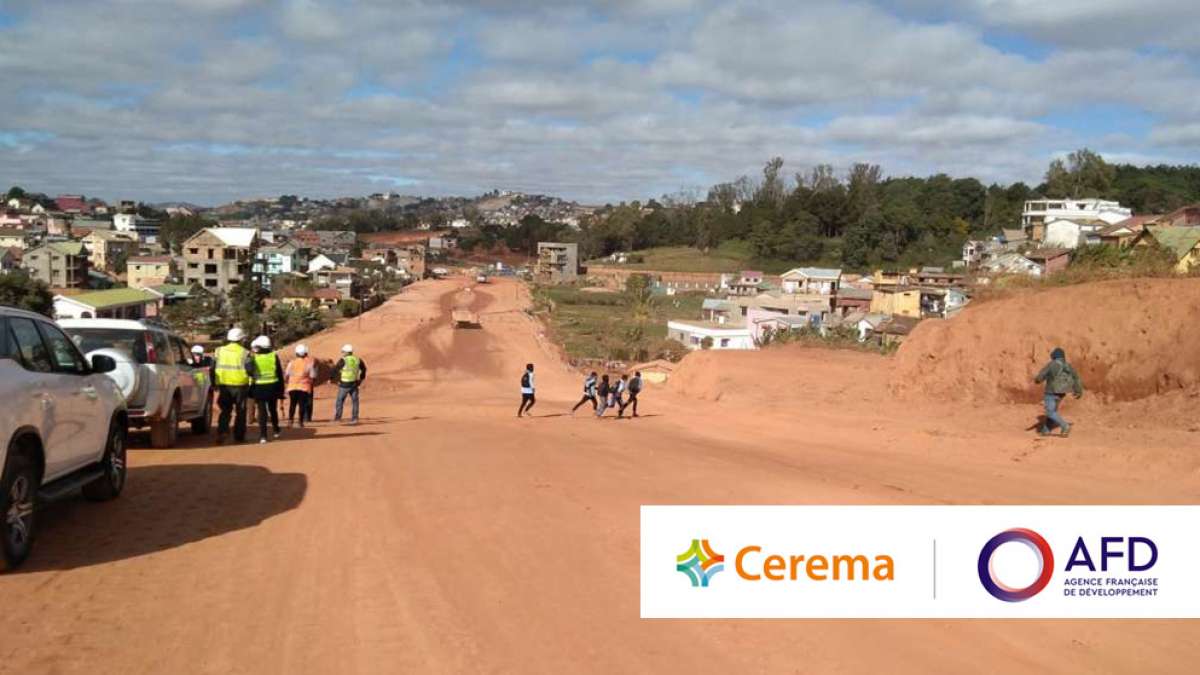 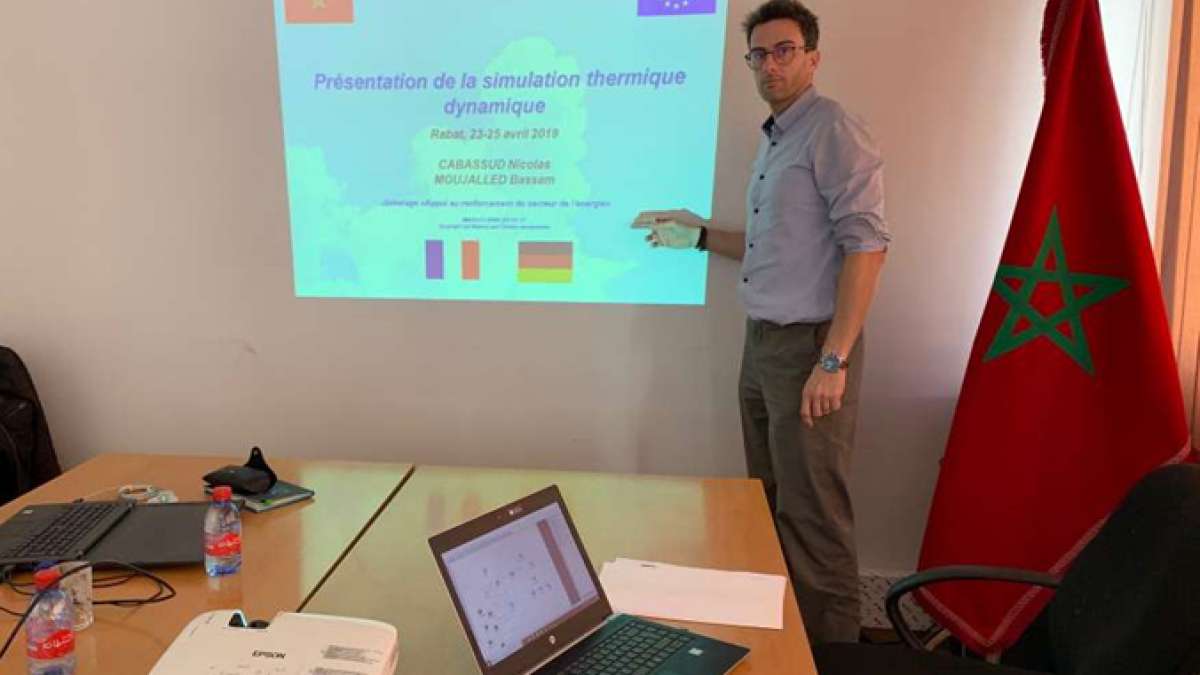 As part of this twinning initiative in Algeria, Cerema helped AOTU-A to assess its strategy and structure, bolster its skills, and monitor the performance of the urban transport networks it oversees.

Cerema supported the Moroccan Ministry of Energy, Mines and Environment (MEM) in drawing up its national energy strategy to secure its energy supply, guarantee access to energy, and protect the environment. Cerema assisted with the evaluation and implementation of insulation thermal element regulations for buildings in Morocco, as well as energy performance contracts.

Assistance in managing the highways network and civil engineering works

Cerema assisted the CTTP, Algeria’s national public works technical control body, in setting up a preventative maintenance system for highway infrastructure, based on creating a database of highways and civil engineering works.

Cerema delivers its mission and takes parts in projects all over the world.

Learn more about our European projects

Learn more about ETE and BNTRA

Cerema Delivers its Expertise in Europe and Worldwide